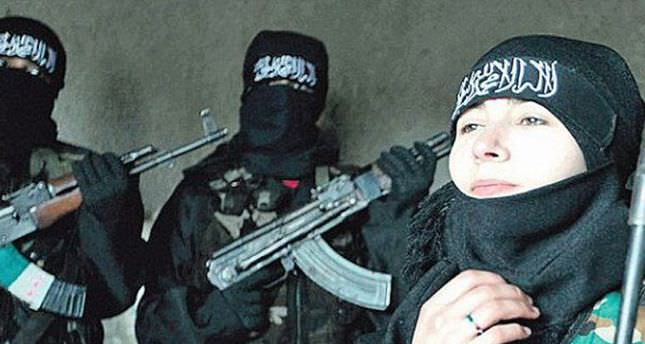 by Daily Sabah Apr 25, 2014 12:00 am
ISTANBUL — According to Anadolu Agency, father Sabit Selimoviç alleged his 15 year-old daughter Sabina was kidnapped. Turkish and European media have been shaken by the news of two girls of Bosnian origin who are citizens of Austria "escaping from home to join the Syrian jihad."

A resident of Vienna, the capital city of Austria, Bosnian Sabit Selimoviç indicated that the rumors about his daughter running away on April 10 to join the war in Syria are not true.He stated that Sabina did not have contacts with any radical groups.

The father was asked about news reports that claimed his daughter left a note on April 10 writing, "We are leaving for the Syrian war." "Much of the news in the media is fabricated and hollow. As her family, we do not have any information as to where our daughter is. I was at work on that day and learned about the incident when I returned home. Now I am really in a terrible situation," replied Selimoviç.

The father said that he knows his daughter flew to Turkey from the Vienna airport and that this is the only information he has. "When she disappeared, I rushed to the Vienna airport, only to learn that they had flown to Turkey. As far as I know, the Turkish government was informed of the issue and is trying to find the girls.We are expecting help from Turkey.We want to see our girls again," Selimoviç explained. "The news about Sabina leaving us a message does not reflect the truth," Selimoviç stressed.

When Sabina and Samra Keşinoviç disappeared on April 10, the families appealed to the police, at which time Austrian and Turkish police started to search for the girls. Interpol has also started searching.