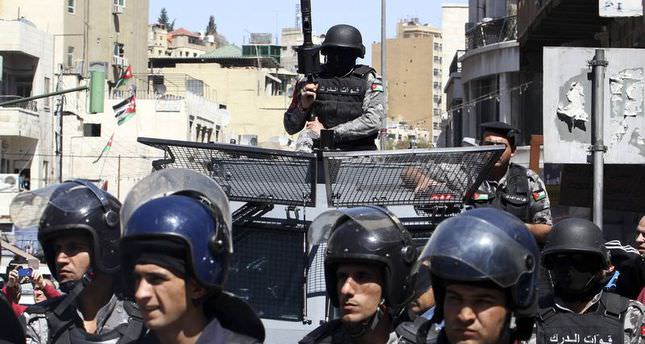 by Apr 25, 2014 12:00 am
AMMAN,Jordan — Dozens of protesters torched three banks and a government building in the southern Jordanian city of Maan, after police killed a resident during clashes, officials and witnesses said yesterday. Some 200 anti-government protesters were involved in the riots late Wednesday, the Public Security Department said.

Maan, which suffers from high levels of unemployment, has been the site of violent protests in recent months over worsening economic conditions and what residents say is as a lack of government services. Witnesses said the latest bout of violence broke out after the funeral of 22-year-old protester Qasi al-Amami, who was killed in protests at the weekend during which residents attempted to burn down a courthouse and a policeman was killed. The violence was sparked by a court decision to jail 10 locals for their involvement in clashes at a nearby university in late 2013.