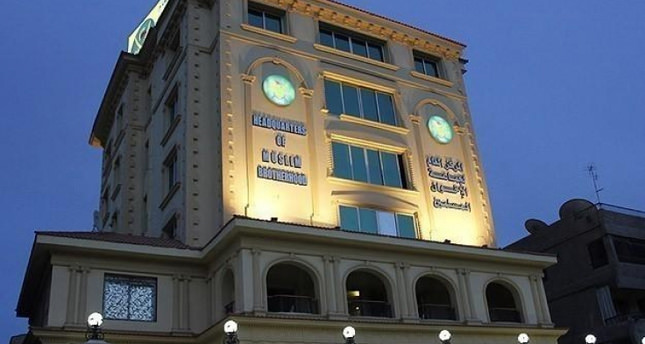 by AA Apr 26, 2014 12:00 am
CAIRO — The Muslim Brotherhood on Saturday described as an "affront" reports about coordination between the Islamist movement and foreign countries to launch protests against Egypt's military-backed authorities.

"The movement defends its freedom and [seeks to regain] the usurped legitimacy in Egypt," Brotherhood Secretary-General Mahmoud Hussein said in a statement.

"We pin our hopes on the peaceful popular action carried out by Egypt's youth and women," he added.

Hussein described as an "offence" media reports that the Brotherhood was coordinating with foreign countries.

"This is an attempt to devalue the efforts of the Egyptian people," he said.

Hussein reiterated the Muslim Brotherhood's rejection of violence and terrorism.

"The Brotherhood countered their persecution by peaceful means only," Hussein said. "The movement has been relying on peaceful struggle for change and reform."

Egyptian authorities have unleashed a massive crackdown on the Brotherhood since the ouster of elected president Mohamed Morsi – a Brotherhood leader himself – by the military last July.

Since then, Egypt's military-backed authorities have rounded up hundreds of the Brotherhood's senior and mid-ranking members, hundreds of whom remain in detention.

In December, the Egyptian government branded the Brotherhood as a "terrorist" organization.