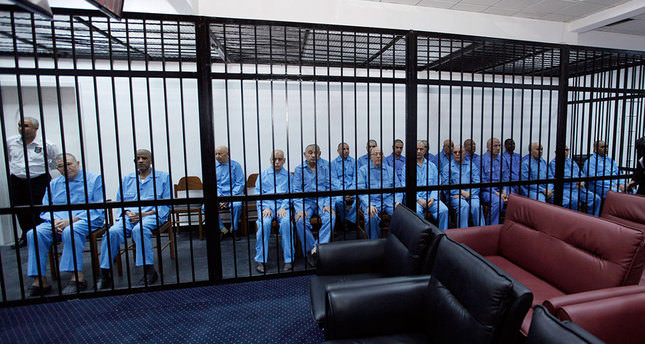 by reuters
Apr 27, 2014 12:00 am
TRIPOLI — The son of late Libyan leader Muammar Gaddafi and dozens of former government officials appeared in a Tripoli court on Sunday to face charges ranging from war crimes to corruption, in a major test of the state's commitment to the rule of law.

Saif al-Islam, the most prominent of Gaddafi's sons, appeared via video-link, smiling and looking confident, from the western town of Zintan where he has been held since his capture by former rebels who refuse to hand him over to Tripoli.

The late ruler's former spy chief Abdullah al-Senussi was among the former senior aides waiting in blue jumpsuits to hear charges against them.

Libya has struggled to establish basic institutions and rule of law since the end of Gaddafi's four-decade one-man rule in 2011, with brigades of militias and former rebels challenging the authority of the weak central government.