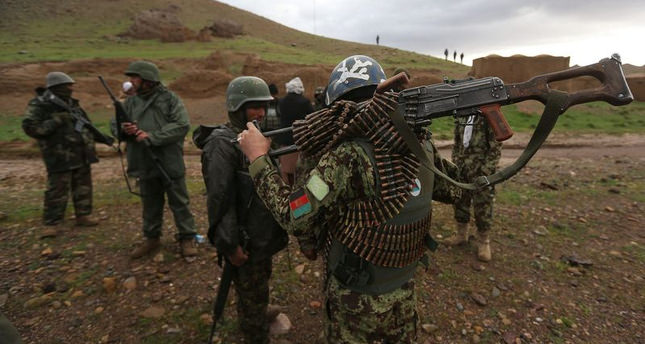 by AA Apr 27, 2014 12:00 am
ISLAMABAD, Pakistan — A senior Taliban commander was killed in a security forces operation in northwestern Pakistan on Sunday, officials said.

Matiullah, a senior commander of the Pakistani Taliban, an umbrella organization of different Taliban groups in Pakistan, was killed in a joint operation of police and paramilitary troops in the Dera Ismail Khan district of the Khyber Pakhtunkhwa province.

Sadiq Baloch, the city police chief, confirmed the death of the commander and told reporters that the police were looking for his aides who managed to flee.

The killed commander is said to be the mastermind of a major jailbreak in a district that borders lawless North Waziristan in 2012.

Over 200 Taliban prisoners including some top commanders had fled after dozens of heavily armed militants attacked Bannu jail in bright day light.

The Pakistani Taliban ended its 40-day long ceasefire with security forces two weeks ago, triggering attacks from both sides on each other.

Army jets had killed 35 militants in the troubled Khyber Agency, one of the seven semi autonomous tribal areas of Pakistan on its border with war-torn Afghanistan, on Thursday.