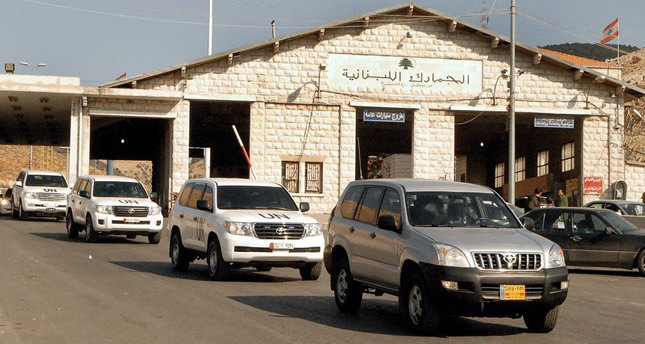 by Apr 27, 2014 12:00 am
DAMASCUS — Syria still holds nearly eight percent of its chemical weapons arsenal as the deadline expired Sunday for it to be handed over, the task force charged with the operation said. "We are talking of the remaining 7.8 percent chemical weapons material that is currently still in country in one particular site," Sigrid Kaag, head of the combined Organisation for the Prohibition of Chemical Weapons-UN task team, told a news conference.

She added that "6.5 (percent) roughly needs to be removed, a small percentage is to be destroyed regardless in the country where it could be done, it is a matter of accessing the site".

Damascus needs to "acquit itself of its commitments", Kaag said, adding that there has been "very constructive cooperation".

Under a US-Russian deal negotiated last year, Syria signed up to the Chemical Weapons Convention and agreed to hand over its entire chemical weapons arsenal.

The deal was hammered out after the United States threatened military action against Damascus in response to a deadly chemical weapons attack outside the capital that reportedly killed some 1,400 people. Activists and much of the international community blamed the attack on the regime, although it denied responsibility. Damascus has pledged to have all of its stockpile removed from the war-ravaged country by Sunday and the weapons are due to be destroyed by June 30.

But it has regularly missed deadlines in the process, blaming the security situation in the country, which has been ravaged by a brutal civil war that has killed more than 150,000 people. Syria declared around 700 tonnes of the most dangerous chemicals and 500 tonnes of less dangerous precursor chemicals.

Disagreements persist over how its chemical production sites should be destroyed. Damascus wants to seal the sites, which it says have already been rendered unusable, while Western countries want them completely destroyed, fearing that they may be used in future for chemical purposes.

There are also questions over alleged attacks involving the use of chlorine gas in Syria in recent weeks. The regime says a jihadist group, Al-Nusra Front, used the chemical in an attack on the rebel-held town of Kafr Zita, but the opposition blames the government for the attack. The competing claims have raised concern in the United Nations, with some Security Council members calling for a probe into the allegations.
Last Update: Apr 27, 2014 12:47 pm
RELATED TOPICS