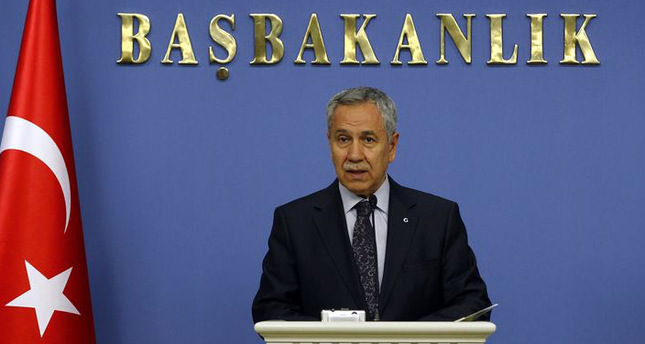 Arınç called the decision shameful not only on the Egyptian government but also the world powers who have remained silent on the decision. He stated that he hopes that the court will take all these death penalty decisions back and he urged the U.S and EU to stand against the decisions.

The Egyptian court on Monday sentenced 37 people from anti-coup groups to death on charges of committing acts of violence in the Upper Egyptian province of Minya last August after security forces violently dispersed two anti-coup sit-ins in Cairo and Giza, killing hundreds of protesters in the process.

The verdicts came after the court had consulted the grand mufti, Egypt's top religious official, for a non-binding procedural review. However, the court rulings can be appealed, according to judicial sources.

The court set June 21 to issue its verdicts against the 683 defendants.