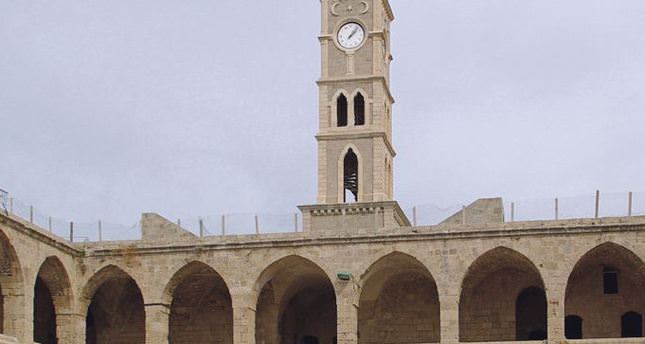 by daily sabah
Apr 28, 2014 12:00 am
ISTANBUL — The removal process of the long-protected Ottoman-era portico in Mecca's Kaaba finally came to an end, revealing a 450-year secret. The process that started in October 2012 aimed at the removal of an Ottoman-era portico in Kabaa, a holy site in Mecca, caused much debate in recent years. Many disputed whether the portico should be demolished or not. Supervising the Kaaba Expansion Project, Saudi Binladin Group came to an agreement with Turkish leading construction firm Gürsoy Group for its restoration. A group of Turkish experts removed the portico. A total of 2,754 pieces, including 496 pillars, 881 bases, 152 domes, 232 small domes and 993 parapets were transferred in massive boxes to Muzdalifah - an open, level area near Mecca.

When Arab and Turkish experts analyzed the porticos, known to be established under the reign of Sultan Selim II and his son Sultan Murat, they found a surprising fact revealed 450 years later.

The Kaaba's domes were constructed using a unique technique never before seen in Islamic architecture. Another interesting finding is that most of the pillars and bases were reported to date back to the Hellenistic period, while some were created at the time of the Umayyad Caliphate. There were even some dating back to the Abbasid Dynasty. The experts claimed the pillar stones were brought to the Kaaba from outside.

As a part of the expansion project, the level of porticos is to be parallel with the level of the "tawaf" (an Islamic ritual in pilgrimage) area by moving them 27 meters inside. The area will be expanded by eliminating the level difference. Muslims performing tawaf may then make eye contact with the Kaaba. At the end of the project, the Kabaa's capacity is expected to triple. While its previous capacity was 50,000, it will reach 150,000 people when three people circle around the Kaaba per square meter. New stones will be collected from the Semasi Mountain, from where the original stones originated. These stones will be placed on pillars at the same level with the tawaf area without any change to their original appearance.