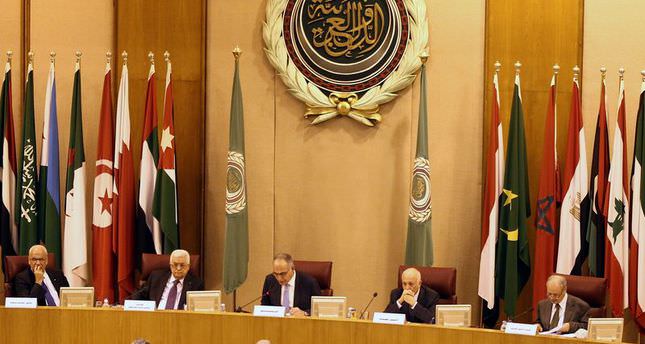 by AA
Apr 29, 2014 12:00 am
CAIRO — The Arab League on Monday blamed Israel for the current deadlock in peace talks with the Palestinians.

"There can be no peace without the establishment of an independent Palestinian state with Al-Quds (occupied East Jerusalem) as its capital," the pan-Arab body said in a statement following a meeting of its permanent delegates in Cairo.

The meeting came one day before a 29 April deadline for the U.S.-sponsored peace talks, which started in July between Israel and the Palestinians.

"Israel is responsible for the failure of peace negotiations, because it refuses to endorse the two-state solution," the Arab League said.
Palestinian-Israeli peace talks hit a snag after Israel refused to release the prisoners despite earlier pledges to do so.

The Israeli government immediately took punitive measures against the Palestinians, including suspending the transfer of tax revenue it collects on behalf of the Palestinian Authority as agreed in the 1993 Oslo Accords.

Israel also suspended peace talks with the Palestinians after rival Hamas and Fatah signed a deal to heal their rifts after seven years of division.