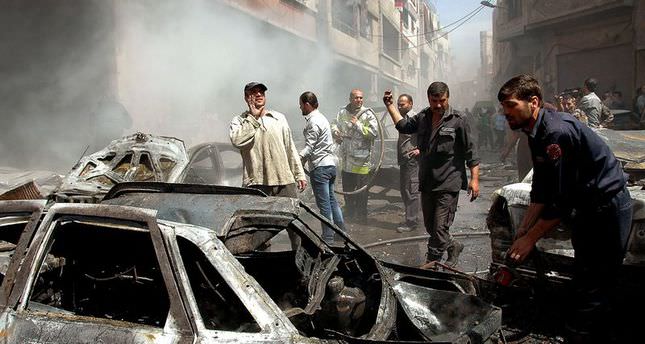 by reuters
Apr 29, 2014 12:00 am
HOMS — Two car bombs killed at least 37 people including women and children near a busy roundabout in the central Syrian city of Homs on Tuesday, the Syrian Observatory for Human Rights said, raising an earlier estimate of the death toll.

A local security source said as many as 42 people may have died in the explosions.