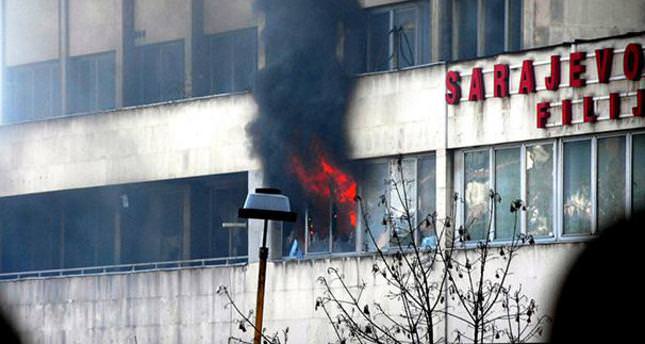 by daily sabah
Apr 30, 2014 12:00 am
ISTANBUL — Bosnia's Security Minister was dismissed yesterday for failing to curb violence during protests over graft and unemployment in February, the worst unrest since the end of the country's 1992-95 war. The initiative to fire Fahrudin Radoncic over the violence, in which several hundred people were injured, most of them police, was launched in the national parliament by the main Muslim Bosniak
party SDA. The violence has since subsided, though small protests continue.