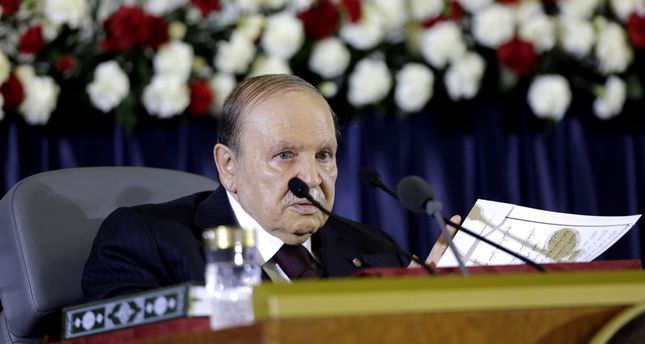 by Anadolu Agency
Apr 30, 2014 12:00 am
ALGIERS — Algerian President Abdelaziz Bouteflika on Monday ordered a package of political reforms, including a constitutional review.

In a statement circulated by the Algerian Presidency after his inauguration, Bouteflika said the reforms aim "to separate between authorities, boost the independence of the judiciary and enhance the role of the parliament."

Bouteflika was sworn in on Monday for a fourth five-year term after winning the presidential election earlier this month.

During the ceremony, aired by state television, the 77-year-old leader was shown taking the oath in a wheelchair, having not completely recovered from a health problem he had suffered in April 2013.