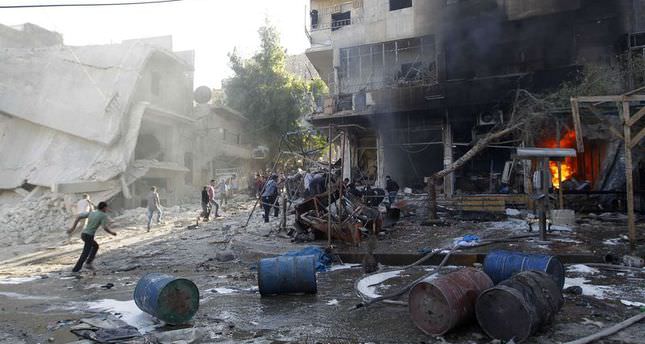 It said the "terrorist explosions" took place in the towns of Jibrin, a few miles (km) northeast of Hama city, and al-Hamairi.

They come three days after attacks on government-controlled areas of Homs and Damascus killed more than 100 people, according to the Syrian Observatory for Human Rights monitoring group.

The attacks followed Monday's announcement that President Bashar al-Assad will seek a third term in office in a June 3 election, defying opponents who have demanded he step aside to allow a negotiated solution to Syria's three-year conflict.