Syria: the most dangerous place for journalists 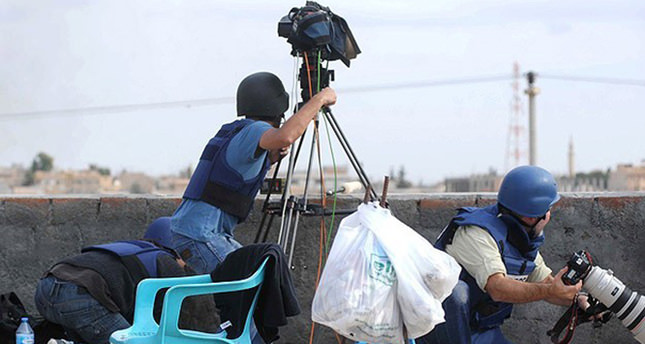 by AA May 04, 2014 12:00 am
ISTANBUL — According to the Syrian Network for Human Rights, a staggering 328 journalists have been killed by the Syrian regime since the beginning of Syrian civil war in 2011, including 12 foreign journalists.

In a statement released to coincide with World Press Freedom Day the network added that Assad's regime has also arrested 848 journalists, 19 of which died after being tortured.

The statement continued saying that opposition forces in Syria have killed at least eight journalists, two of them working for Assad regime, and kidnapped more than 37.

Meanwhile, the statement accuses the Islamic State of Iraq and the Levant of killing 13 journalists and releasing just 19 out of 42 kidnapped journalists.

"Syria is now the world's most dangerous country for news providers", said the non-profit organization, adding that "hundreds of journalists, citizen-journalists and media assistants have been killed, arbitrarily arrested, detained, abducted, subjected to enforced disappearance and tortured by the various parties to the conflict since the start of the uprising three years ago".