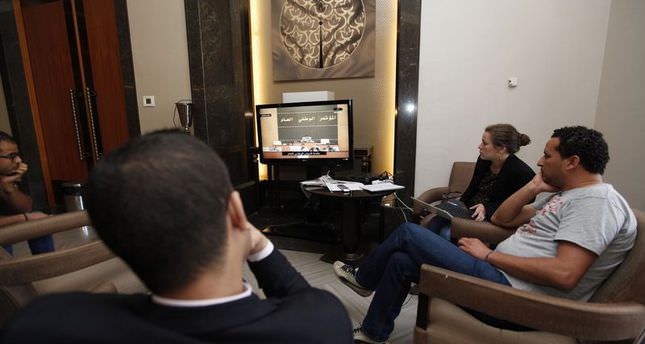 by AA May 05, 2014 12:00 am
TRIPOLI, Libya — Libya's interim parliament on Sunday elected businessman Ahmed Maiteeq to be the new prime minister of the troubled North Africa country.

In a parliament session that was broadcast live on state TV, 121 out of 152 members present in Sunday's session of Libya's General National Congress voted for Maiteeq.

A graduate of Harvard University, Maiteeq, 41, is a liberally-minded Libyan who enjoys support fromLibya's main Islamist blocs. He invests heavily in his country's tourism and hotel sector.

A new prime minister must get support from at least 120 members of Libya's parliament.

The General National Congress used to have 200 members in all, but only 182 members still hold their seats following the earlier resignation or sacking of 18 members.

Maiteeq would be succeeding caretaker prime minister Abdullah al-Thinni who refused to form a new government in his country last month.

Al-Thinni was assigned in March to head up a caretaker government after the parliament voted to remove Ali Zeidan from his post as prime minister.