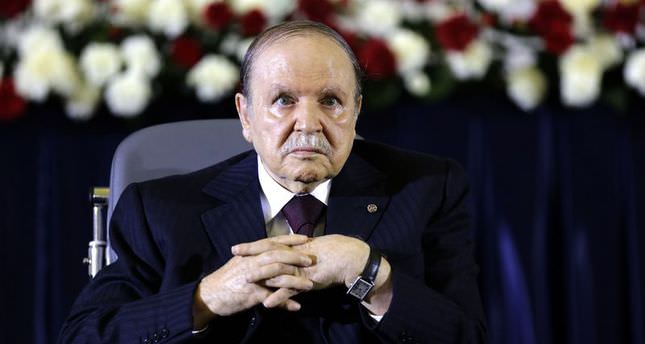 by May 06, 2014 12:00 am
ALGIERS — Algerian President Abdelaziz Bouteflika on Monday named a new cabinet after his election to a fourth term, reappointing Youcef Yousfi as energy minister who will oversee the North African OPEC nation's efforts to bolster energy production.

Bouteflika, 77, re-elected in April for five more years, did not campaign himself and has spoken only briefly in public since suffering a stroke last year that put him in a Paris hospital for three months.

With the backing of the ruling FLN party, which has mostly dominated Algerian politics since independence in 1962, Bouteflika had been widely expected to win the vote after 15 years in power.