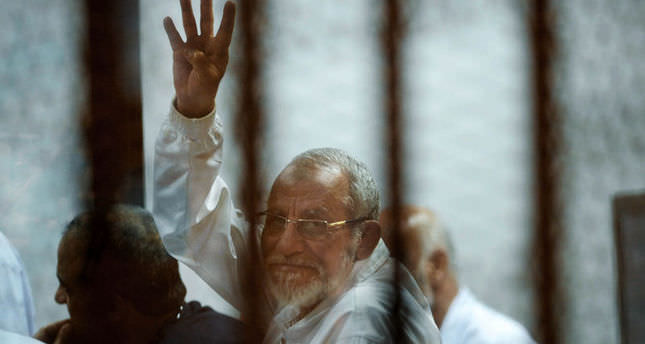 by AA May 06, 2014 12:00 am
CAIRO — A senior member of Egypt's Muslim Brotherhood said Monday that the Islamist movement had not selected an acting supreme guide, while its current supreme guide, Mohamed Badie, remains detained pending several trials.

"The Muslim Brotherhood's Shura Council [the group's highest advisory body] has not convened for a long time in light of current conditions in Egypt and the arrest of scores of its members," Gamal Heshmat, a senior Shura Council member, told reporters by phone from Turkey.

He denied earlier media reports that Mohamed Taha Wahdan, a member of the supreme guide's office, had been named acting supreme guide of the movement.