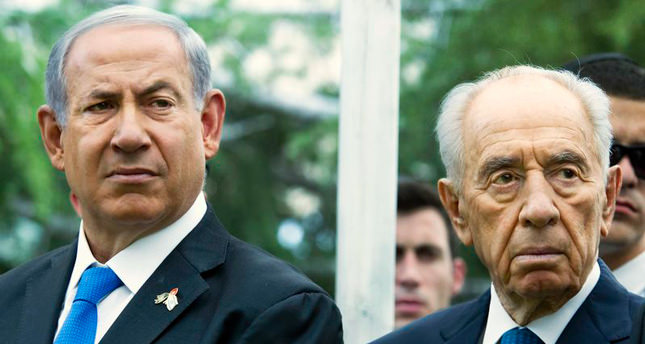 Peres said he and Abbas had finalized a draft agreement in a series of secret meetings in neighboring Jordan but the draft was rejected by Netanyahu's right-leaning government.

"We had gone through all of the points and the agreement was ready," Peres told Israel's Channel Two television in an interview on the occasion of Israel's Independence Day.

"Netanyahu told me to wait a few days because he thought that Tony Blair could get a better offer," Peres said, referring to the former British prime minister who is the envoy of the Middle East peacemaking quartet of the EU, Russia, the U.N. and the U.S.

"The days passed and there was no better offer."