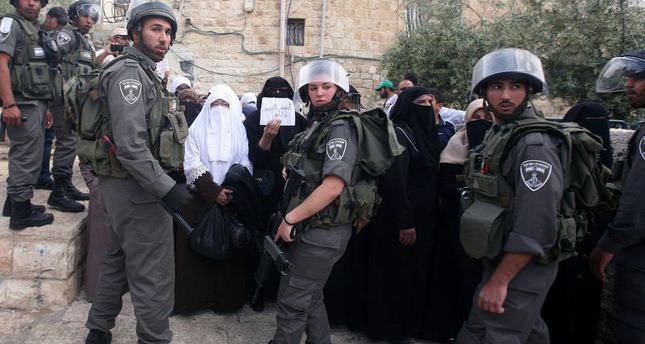 "[Israeli] occupation forces' practice of barring [Palestinians] from entering the mosque and the Old City [of Al-Quds] was stepped up in April," read a statement by the Wadi Helwa Information Center.

According to the statement, transgressors had included Jewish settlers and Israeli military and intelligence personnel.

"Occupation forces, backed by intelligence agents and snipers, stormed the mosque three times [in April]," the NGO asserted, adding that the ensuing clashes – in which Israeli forces used bullets and grenades – had left over 70 injured.

Israeli forces also barred some 70 Palestinian Muslim worshippers, including women and children, from entering the mosque complex in April.

One-hundred and thirty five Palestinian residents of Al-Quds were detained by Israeli forces in April, including 40 minors and two women, according to the NGO.

The NGO also pointed out that, during the same period, extremist Jewish "price tag" groups had staged increasing frequent attacks on holy sites – both Muslim and Christian – in the occupied territories.

In recent months, groups of extremist Jewish settlers, often accompanied by Israeli security forces, have repeatedly forced their way into the Al-Aqsa complex.

For Muslims, Al-Aqsa represents the world's third holiest site. Jews refer to the area as the "Temple Mount," claiming it was the site of two prominent Jewish temples in ancient times.

Israel occupied Al-Quds during the 1967 Middle East War. It later annexed the holy city in 1980, claiming it as the capital of the self-proclaimed Jewish state.

Since 1967, Israeli authorities have banned Jews from praying in the Al-Aqsa compound, citing fears that such a move could provoke Palestinian Muslim sentiments and potentially lead to bloodshed.

Indeed, in September 2000, a visit to the site by controversial Israeli politician Ariel Sharon triggered what later became known as the "Second Intifada" – a popular uprising in which thousands of Palestinians were killed.