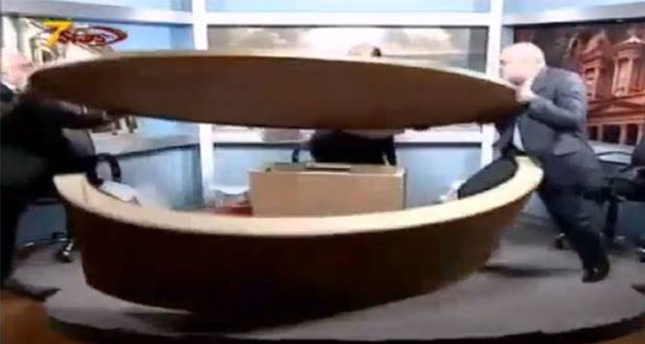 by Associated Press May 08, 2014 12:00 am
AMMAN, Jordan — Two journalists in Jordan having a televised debate about the civil war in neighboring Syria literally turned and overturned the table on each other during an on-air brawl. The speakers broke apart the studio's table they had been seated in an attempt to fight each other.

However, the debate fell apart as al-Jayousi accused al-Johari of supporting the Syrian rebels. Al-Johari then accused al-Jayousi of taking money for supporting Assad. The two men fought each other and pulled the table apart in their scuffle.