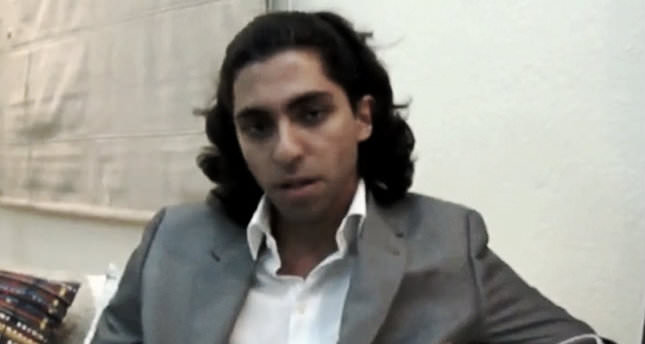 by Anadolu Agency May 08, 2014 12:00 am
JEDDAH — A Saudi court has imprisoned blogger Raif Badawi for 10 years for "insulting Islam" and setting up a liberal web forum, local media report.

Badawi's lawyers have slammed yesterday's sentence as too harsh, although the prosecutor had asked for a harsher penalty, according to news website Sabq.

The ruling is subject to appeal but, after his last appeal led to a stiffer penalty, and with his original lawyer, human rights activist Waleed Abu al-Khair, currently held in Riyadh's Malaz Prison on charges including 'breaking allegiance with the king', Badawi may think twice about challenging the latest ruling.

Badawi was arrested in June 2012 and charged with cyber-crime and disobeying his father - a crime in Saudi Arabia - in relation to his Saudi Liberal Network website.

The site included articles that were critical of senior religious figures such as Saudi Arabia's Grand Mufti, according to Human Rights Watch.

Amnesty International has called the new sentence 'outrageous' and says Badawi is a 'prisoner of conscience'. His website has been closed since his first trial.

The prosecution had demanded that Badawi be tried for apostasy, a crime which carries the death penalty in Saudi Arabia, but his original trial judge dismissed that charge.