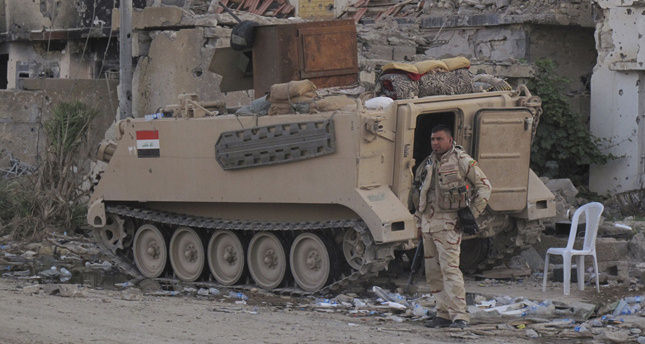 by May 09, 2014 12:00 am
BAGHDAD — Early morning shelling and clashes in Fallujah, a town near Baghdad that has been held by anti-government fighters for more than four months, killed eight people Friday, a doctor said. Iraq has launched an operation in attempt to regain control of Fallujah on Friday.

The violence erupted at about 3:00 am (0000 GMT) in and around the predominantly Sunni Arab town and continued for several hours, a tribal leader said, with nine other people wounded in the firefights and bombardment. Among the dead were two children, according to Dr Ahmed Shami, the chief of Fallujah's main hospital. Another two children were wounded.

In a sign of both the reach of anti-government militants and the weakness of security forces, all of Fallujah and shifting parts of Anbar provincial capital Ramadi, farther west, have been out of government control since early January. The crisis in the desert province of Anbar, which shares a long border with conflict-hit Syria, erupted in late December when security forces dismantled Iraq's main Sunni Arab anti-government protest camp just outside Ramadi.

Militants subsequently seized parts of Ramadi and all of Fallujah, the first time anti-government forces have exercised such open control in major cities since the peak of the deadly violence that followed the US-led invasion of 2003.

The bloodshed comes during vote counting from the April 30 general election, the first since American troops withdrew in late 2011, and amid a protracted surge in nationwide unrest. While officials are quick to blame external factors for the violence, analysts and diplomats say widespread anger among the Sunni Arab minority is also a key cause.
Last Update: May 09, 2014 4:33 pm
RELATED TOPICS