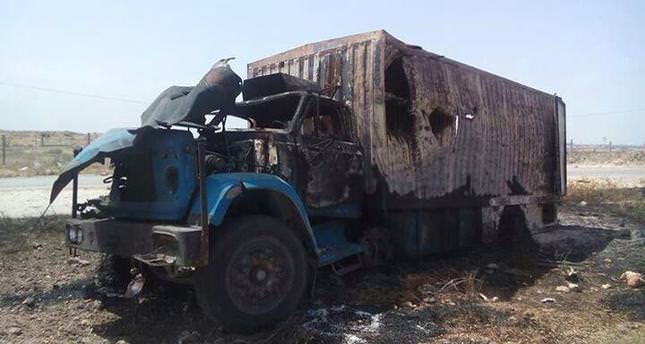 One person died and one other was injured.

The Humanitarian Relief Foundation (IHH), announced in a statement that one of the NGO's aid trucks carrying flour packages from Reyhanlı to the NGO's warehouse in Aleppo was hit by Syrian jets. The assault took place on the Castillo Boulevard near Aleppo.

The statement added that the aid truck that belonged the NGO's partner "Young Muslims Comittee" was attacked on Thursday.

The IHH was established in Turkey in 1995 as humanitarian aid organization, it is known by its remarkable role in aiding Syrian refugees and citizens since the beginning of the Syrian crisis in 2011.
Last Update: May 09, 2014 1:42 pm
RELATED TOPICS