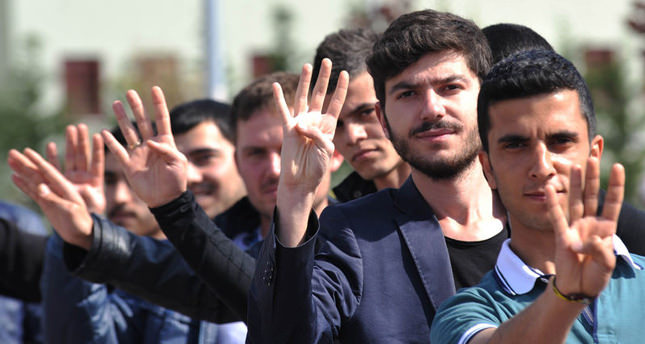 by AA May 11, 2014 12:00 am
CAIRO — Egyptian security authorities on Sunday prevented a high school student from travelling to the U.S. to attend a prestigious international science fair, according to his father.

"Homeland Security officials told Abdullah that they wouldn't allow him to board his U.S. flight even though he had already finished all travel procedures," his father Assem told Anadolu Agency.

Abdullah was travelling to California to participate in Intel International Science and Engineering Fair (Intel ISEF).

He was selected to participate after inventing new computer software that allows disabled persons to write on computer without using their fingers.

According to Intel website, 7 million high school students worldwide develop original research projects every year but only 1,600 of them are invited to the week-long science, technology and engineering fair.

The young innovators share ideas, showcase their researches and compete for more than $4 million in awards and scholarships.

Assem said the U.S.-bound plane had already taken off without his son. Egyptian authorities were not immediately available to comment.