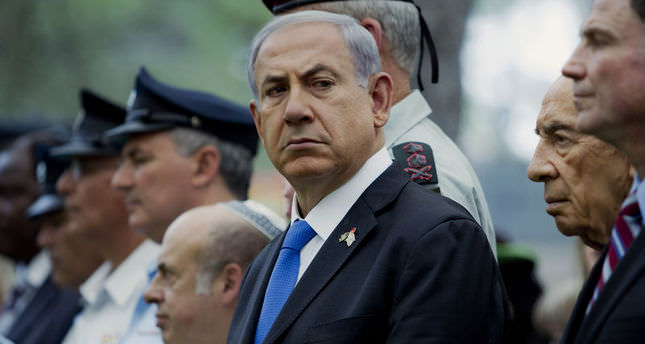 by May 11, 2014 12:00 am
JERUSALEM — Israel took a step on Sunday toward enacting a law that could block any future release of Palestinian prisoners convicted of killing Israelis and impede any efforts to restart frozen peace talks.

A ministerial committee's approval of proposed legislation aimed at denying amnesty to Palestinians jailed for deadly attacks was a victory for right-wing partners in Prime Minister Benjamin Netanyahu's governing coalition.

They had been strongly critical of a deal, when the U.S.-brokered negotiations got under way in July, to free 104 Palestinian inmates described by Israel as having "Israeli blood on their hands".

Israel freed 78 of those prisoners but called off a planned release of a final group of 26 last month, citing Palestinian refusal to agree to extend the negotiations - which have since collapsed - beyond an April 29 deadline for a peace accord.

The bill, approved by a vote of 7-3 for submission to parliament, would enable judges handing down life sentences to convicted killers to declare them ineligible for presidential pardons.

Israeli presidents have largely rubber-stamped releases of Palestinian inmates agreed by Israeli governments over the years as part of peace talks or prisoner swaps for Israeli soldiers.

Palestinian leaders have ruled out any return to the negotiating table without the release of the final batch of 26 prisoners.