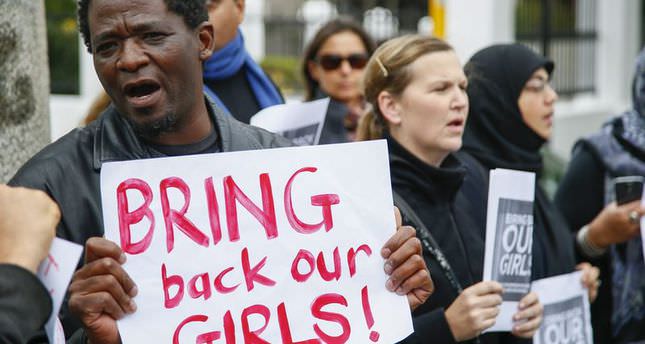 by May 11, 2014 12:00 am
DUBAI — Saudi Arabia's grand mufti, the top religious authority in the birthplace of Islam, has condemned Nigeria's Boko Haram as a group "set up to smear the image of Islam" and condemned its kidnapping of over 200 schoolgirls.

Sheikh Abdulaziz Al al-Sheikh said the radical movement, which says it wants to establish a "pure" Islamic state in Nigeria, was "misguided" and should be "shown their wrong path and be made to reject it."

His remarks came as religious leaders in the Muslim world, who often do not comment on militant violence, joined in denouncing Boko Haram leader Abubakar Shekau for saying Allah had told him to sell off the kidnapped girls as forced brides.
Boko Haram militants kidnapped some 250 girls on April 14 from a secondary school in Chibok village, near the Cameroon border, while they took exams. Fifty have since escaped.