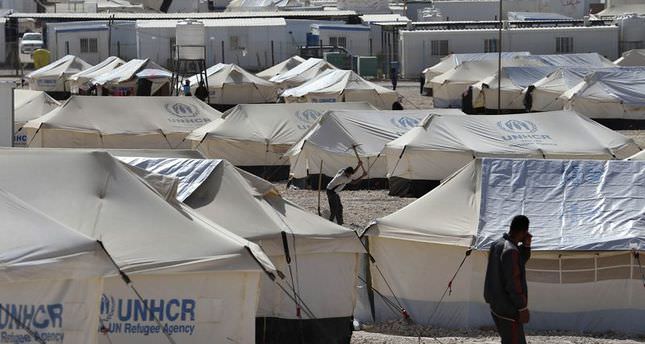 by May 13, 2014 12:00 am
GAZIANTEP, Turkey — Seven weeks after U.N. aid trucks crossed from Turkey into Syria for the first time, aid workers and officials in this southern Turkish humanitarian hub still have no idea exactly where the supplies ended up.

The convoy of 78 trucks taking food, bedding and medicine to Syria's mainly Kurdish Hasakah province was seen as a test of the willingness of Syria's authorities and rebels to abide by a U.N. resolution urging them to let aid across front lines and borders by the most direct routes.

But no distribution lists have been made available for this or any other U.N. delivery since the resolution, aid workers in Gaziantep near the Turkish border say, hampering the efforts of a plethora of charities trying to co-ordinate a response to the world's biggest humanitarian crisis.

"We still don't know where it went and we're not comfortable with this. The U.N. is constrained by the (Syrian) regime," said a Turkish official, speaking under condition he not be identified as his government has not taken a public stance on the issue.

Syria's war has killed more than 150,000 people, with more than nine million in need of humanitarian assistance. Its complicated patchwork of fighting has made aid provision harder.

The United Nations estimates 3.5 million of the people in need of aid live in areas that are difficult or impossible to reach for humanitarian workers, including more than 240,000 people besieged by government or opposition forces.