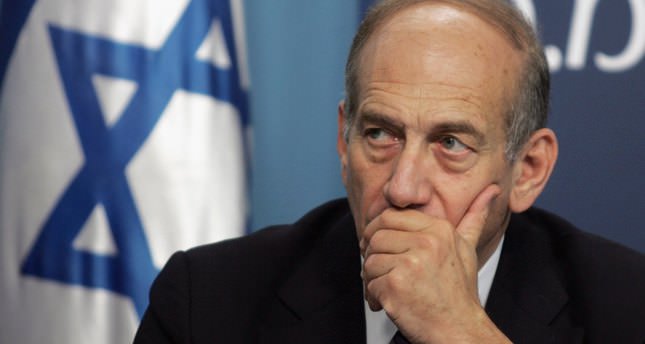 by Associated Press May 13, 2014 12:00 am
TEL AVIV — Israel's former Prime Minister Ehud Olmert was sentenced yesterday to six years in prison for bribery, Israeli media reported, capping a stunning fall from grace for one of the most powerful men in the country.

The Tel Aviv district court handed down the punishment in the wide-ranging Jerusalem real estate scandal case related to Olmert's activities before becoming prime minister in 2006. Tuesday's sentencing followed a verdict that was handed down by the same court in March. The 68-year-old Olmert, who stood stoically in the courtroom in a navy blue shirt, said he will appeal both the verdict and the sentence to Israel's Supreme Court. Shortly before the sentencing, Olmert's spokesman Amir Dan insisted the former premier was innocent and said he would appeal to Israel's Supreme Court. "This is a sad day where a serious and unjust verdict is expected to be delivered against an innocent man," Dan said.

According to the verdict, millions of dollars illegally changed hands to promote a series of real estate projects, including a controversial housing development in Jerusalem that required a radical change in zoning laws and earned developers tax breaks and other benefits. At the time, Olmert was mayor of Jerusalem and minister of industry and trade.

He was accused of taking bribes to push the project forward. Olmert was forced to resign as prime minister in 2009 amid a flurry of corruption allegations. At the center of the case was the Holyland housing development, a hulking hilltop project that Jerusalem residents long suspected was tainted by corruption.

The case broke in 2010 on the strength of a businessman, Shmuel Dechner, who was involved in the project and turned state's witness.
Last Update: May 14, 2014 2:01 am
RELATED TOPICS