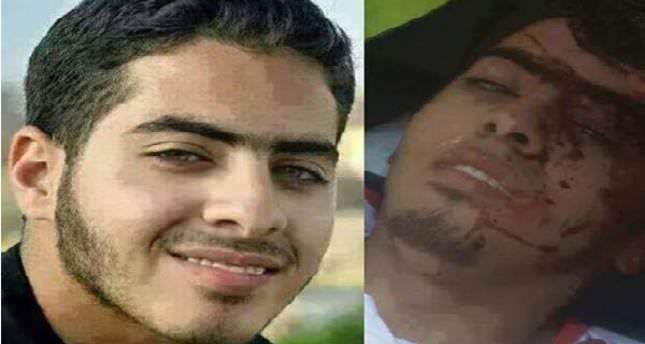 by AA May 15, 2014 12:00 am
CAIRO — Student supporters of ousted president Mohamed Morsi on Wednesday staged a surprise protest in Rabaa al-Adawiya Square in eastern Cairo, months after the square was a no-go area for anti-coup supporters.

The pro-Morsi "Students against Coup" movement said the protest coincides with the passage of nine months since the dispersal of a pro-Morsi sit-in in the square, which left hundreds of demonstrators killed.

"We will never forget the massacre that took place on this square," Mahmoud al-Azhari, the official spokesperson of the movement, told Anadolu Agency by phone.

"We have to greet the souls of the martyrs nine months after their death," he added.

Al-Azhari said the protest also came against the background of Wednesday's killing of a student at the nearby Ain Shams University.
The student sustained birdshot wounds on Tuesday, but he succumbed to his injuries earlier on Wednesday.

The flash protest lasted for ten minutes, with students using fireworks and chanting slogans critical of the police and a presidential bid by former army chief Abdel-Fattah al-Sisi.

No arrests were reported.

Since the beginning of the academic year last September, Egyptian universities have become epicenters of protest against the army-backed interim authorities, with scores of students having been thrown in jail for taking part in anti-government rallies.

Egypt is scheduled to hold presidential elections on May 26-26, the first since the army unseated Mors – the country's first freely elected president – last July.

Al-Sisi and leftist politician Hamdeen Sabahi are vying for the highest post.