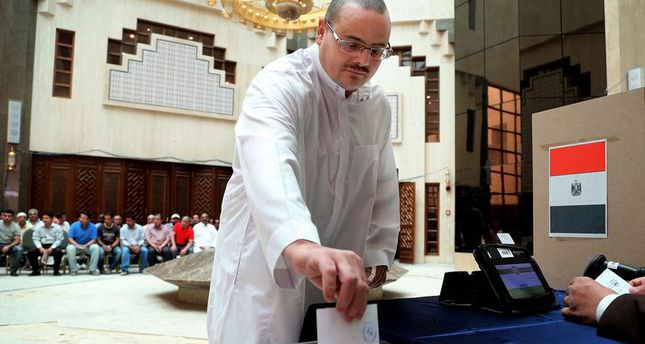 by AA May 16, 2014 12:00 am
CAIRO — Around 55,000 Egyptians cast ballots in the first day of voting for expatriates in the presidential election, the second since the 2011 uprising that ended the autocracy of ex-president Hosni Mubarak.

The largest expatriate voter turnout was reported in the Gulf countries, whereas Milan, Italy's second most populous city, saw the highest voter turnout outside the Gulf, the Egyptian Interior Ministry said in a statement.

Egyptian expatriates will continue to cast ballots in the presidential election until Sunday, whereas the election will take place inside Egypt on May 26/27.

The presidential election is the second step on Egypt's transitional roadmap, which was approved by the nation's political and religious forces on July 3 last year, three days after the ouster by the army of elected president Mohamed Morsi.

Egypt should hold its parliamentary elections following the presidential elections.