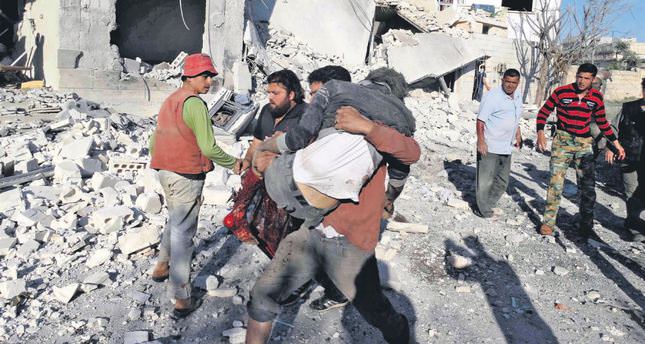 As the war in Syria is well into its fourth year, northern Syria and Turkey both find themselves under the risk of attacks from the Islamic State of Iraq and the Levant terrorist insurgency

ALEPPO — As the Syrian war rages on all across the country, the risk of terrorist attacks conducted by extremist insurgencies is still prominent. Just last Thursday, a car bomb went off in the province of Aleppo near the Bab as-Salam border gate separating Aleppo and Hatay.

The blast reportedly killed 64 people and injured dozens more, two of whom were Turkish citizens. The car bomb was left and detonated in a car park used by those crossing the busiest border crossing between Turkey and Syria.

The initial blast is reported to have killed 50 people on sight, while nearly 100 were injured. The injured were transported to nearby hospitals including one in Kilis where 14 of the injured died of burns and other severe injuries resulting from the blast.

It is largely believed that the Islamic State of Iraq and the Levant (ISIL) was responsible for this attack as well as others earlier this year near the Turkish border.

Six brigades comprised of members of the Free Syrian Army (FSA) and local Turkmen tribes have undertaken operations to clear the area of the ISIL terrorist insurgency. Though they have achieved varying degrees of success, members of ISIL have infiltrated many humanitarian groups and FSA brigades making the complete expulsion of the group very difficult.

Daily Sabah spoke with two members of the Free Syrian Coalition, Khaled Khoja and Ziyad Hassan, to get a better grasp of the current situation at the Turkish-Syrian border. "The first information I received about the attack confirmed that it was most probably conducted by ISIL; they are very well disguised and hidden, so it is a big possibility," said Khoja. "In my opinion, after ISIL's large-scale exile from Syria's northern most territories, some of their members stayed behind to continue to target and attack the FSA. The situation in the north is still critical," he continued. "The danger for Turkey and its citizens is very real. ISIL continues to attack humanitarian trucks and the FSA. They are unpredictable and ready to attack at any time," he concluded. "This scenario started two to three months ago in border areas around the Çobanbey border crossing. ISIL had occupied the northern most border regions leading to an FSA and Turkmen led offensive to push back their forces," said Hassan. "The efforts of these six cooperating brigades have been largely successful, and they still continue to work towards clearing the region of ISIL.

This terrorist group causes issues for the FSA and local populations by conducting attacks and creating embargos to prevent the passage of aid trucks," he continued. "They constantly continue to occupy areas the FSA has won over from the Assad regime forces." "These terrorists continue to attack our northern cities, and we must then constantly work to liberate them again," he said. "They are currently close to the border, just meters away, thus they are a danger to Turkey.

Two months earlier, bullets shot by ISIL made their way into Turkey. Following the latest occurrence and the prior attacks, Turkish officials have begun to take greater precautions," he concluded. The attack on the Bab as-Salam gate is the second large-scale car bombing attack to strike the region in 12 months. Last May, the Turkish city of Reyhanlı in Hatay province, just off the Syrian border, fell victim to a double car bombing attack. The Reyhanlı attack resulted in the deaths of 52 people, while 236 were injured.
RELATED TOPICS