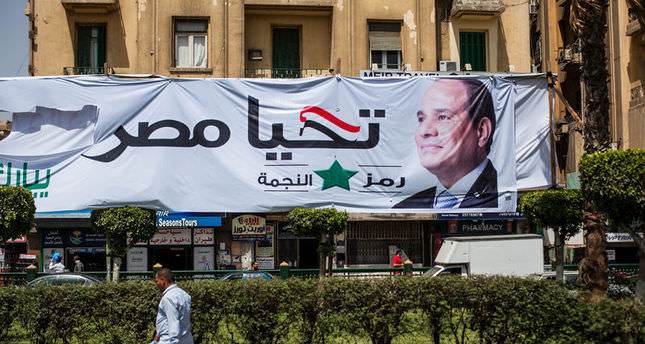 by May 18, 2014 12:00 am
CAIRO - A bomb wounded at least three people at a Cairo election rally for presidential frontrunner Abdel Fattah al-Sisi on Saturday, security sources said, underscoring Egypt's instability nearly a year after he toppled elected president Mohamed Morsi.

A man riding on a motorcycle threw the homemade device in the direction of Sisi supporters at the street gathering of about 150 people in a north-eastern district of the capital, the sources said.

Former army chief Sisi, who was not present, is expected to win the election on May 26-27, after gaining the support of many Egyptians who backed his ouster of Morsi after mass protests against his rule.

Sisi has avoided public appearances during his election campaign, apparently for security reasons. He said in a television interview that there were two attempts on his life, but did not elaborate.

Saturday's attack was the first targeting a campaign event.