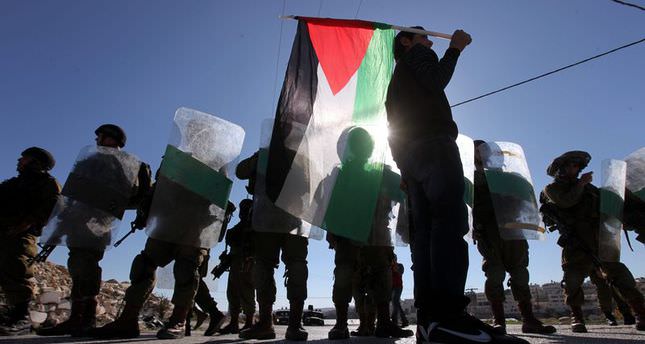 by AA May 18, 2014 12:00 am
JERUSALEM - The international Quartet on the Middle East is likely to recognize the new Palestinian government, now in the making, provided that Hamas is not directly represented in this cabinet, according to Israeli sources.

Israel Radio on Sunday quoted Israeli source as saying that the Quartet will likely issue a statement in the coming days that would hinder Israel's attempt to convince the international community to boycott the new Palestinian government.

They also expected the Quartet to ask the new Palestinian cabinet to recognize Israel and reiterate commitment to previously signed agreements with Israel.

Made of the U.S., the E.U., the U.N. and Russia, the Quartet makes it necessary for any Palestinian government to recognize Israel, renounce violence and abide by previous agreements to win its recognition.

On April 23, rival Fatah and Hamas hammered out a reconciliation deal with a view to healing rifts that marred their relations since 2007.
The deal stipulates the formation of a national unity government of technocrats to serve until legislative and presidential elections are held later this year.

Palestinian Authority President Mahmoud Abbas had previously said that the new government will recognize Israel, renounce violence and also be committed to agreements signed with Israel in the past.