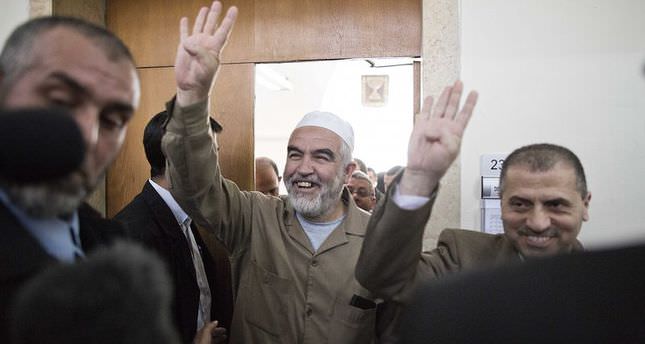 by Anadolu Agency May 19, 2014 12:00 am
JERUSALEM — An Israeli court on Monday slapped Sheikh Raed Salah, leader of the Islamic Movement inside occupied Palestine, with a suspended six-month jail term and a $2600 fine for "obstructing the work" of Israeli police in 2011.

Official movement spokesperson Zahi Nujidat said Salah could actually be put in jail if Israel levels similar charges against him in the days to come.

Salah's case dates back to April 16, 2011, when he was traveling to the occupied West Bank from Jordan after performing the umra (the minor pilgrimage) in Saudi Arabia.

Israeli police at the Karameh Border Crossing wanted to strip-search Salah's wife, but the leader objected, calling the measure "humiliating," according to the Islamic Movement's website.

Salah was detained as a result and accused of "obstructing the work of police," the website said.

Monday's ruling can be appealed at a higher Israeli court, a judicial source said.