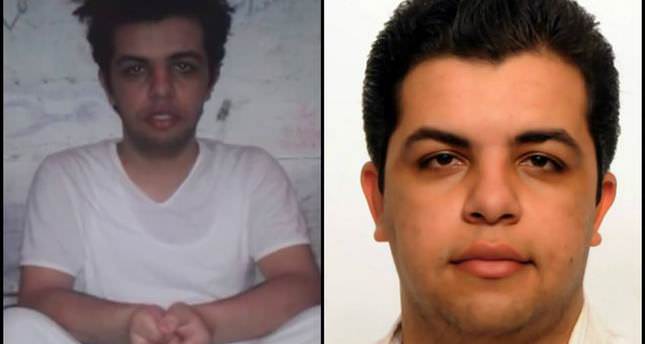 "He is not striking to defend only his life and freedom, but those of every journalist advocating the rights of oppressed people," Sanaa Saed, the mother of detained Al-Jazeera reporter Abdullah al-Shami, told Anadolu Agency in an exclusive interview.

"This is how I raised him," she added, fighting back her tears.

Al-Shami, 26, has been detained by Egyptian authorities since August 14 on claims of joining a "terrorist" movement and seeking to destabilize the country.

He has maintained a hunger strike since January 21 to protest his continued detention without trial. Al-Shami appeared last week in a short video from inside his detention.

Looking frail, he accused jail authorities of denying him access to healthcare.
"It broke my heart to see him like this," his mother said. "He lost almost half his weight."

Saed visited her son in the maximum-security Al-Aqrab Prison in southern Cairo. She saw him through the glass of his cage.
"I couldn't hug him or even touch his face," she cried.

Leaving him behind, Saed said every brick back in their home was calling her son's name.
"He was the spirit of our home," she added.

The grieving mother can no longer sleep.
"How can I when my son is deprived of even daylight?" she asked.

Saed was devastated by the results of her son's latest medical tests.
"They show that his life is in danger as long as he is not admitted to intensive care, which the jail administration refuses to do," she said.

Saed dismissed criticism for supporting al-Shami's hunger strike.
"I didn't prevent him from travelling to Libya to report the revolution when he was the only journalist who had dared to go," she recalled.
"How can I prevent him from defending himself, his freedom and dignity?" she asked.
"This is his only way of confronting the injustice done to him," she said.

Saed is confident that the interim authorities will not release her son and she will not ask them to do so.
"How can I ask those who kidnapped my son to release him?" she asked. "I hold them responsible for his safety, though" she added.

Saed had one last message to al-Shami.
"Stand your ground son," she said. "You are making history and we are proud of you."