Morsi condoles Turkey for mine victims 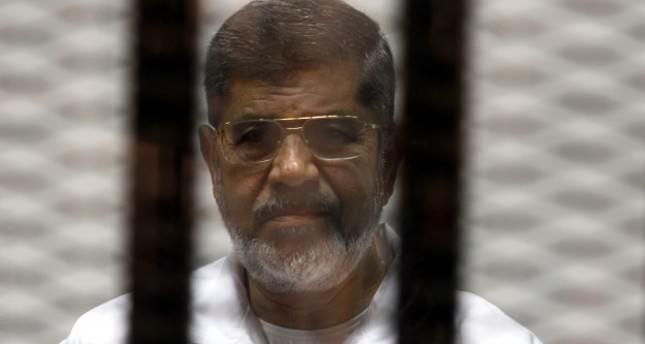 by AA May 19, 2014 12:00 am
CAIRO — Ousted Egyptian president Mohamed Morsi seized the opportunity afforded by a Monday trial session to extend his condolences to Turkey for scores of workers killed in last week's mine blast in western Turkey, his son has said.

"His [Morsi's] condolences were conveyed to me during today's session" of the ousted president's trial in which he and 130 others are charged with breaking out of jail in early 2011, Osama Morsi wrote on Facebook.

Osama said his father had asked him to convey his condolences for the tragic incident to Turkish President Abdullah Gul, Prime Minister Recep Tayyip Erdogan and the Turkish people.

"May God give the Turkish people patience," Morsi was quoted as saying.

Over 300 Turkish miners were declared dead from last Tuesday's explosion and subsequent fire at the Soma coal mine in western Turkey – the country's worst-ever mining accident.

Morsi and his co-defendants are accused of staging a mass jailbreak during Egypt's 2011 uprising that led to the ouster of autocratic president Hosni Mubarak.

In previous court appearances, Morsi – who won 2012 presidential polls only to be ousted by the army last summer on the back of protests – has insisted that he still represents Egypt's "legitimate" president.

Like all his co-defendants, Morsi insists that the charges against him are politically driven.