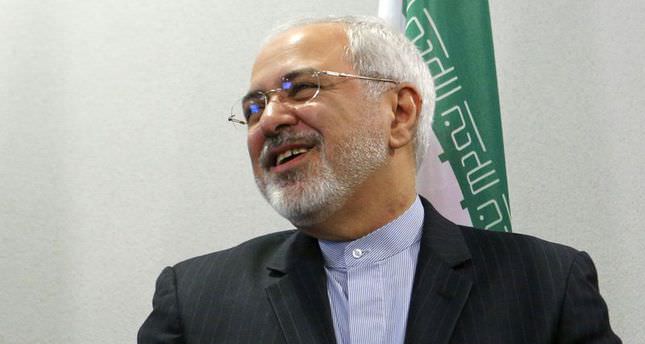 by AA May 19, 2014 12:00 am
TEHRAN — Foreign Minister of Islamic Republic of Iran Javad Zarif considered on Sunday that an agreement on Tehran's nuclear program was possible.

"Back from Vienna after tough discussions. Agreement is possible. But illusions need to go. Opportunity shouldn't be missed again like in 2005," he wrote on Twitter after meeting with representatives from the five UN Security Council countries and Germany.

The fourth round of negotiations between Iran and the P5+1 group of world powers aimed at reaching a permanent settlement to Tehran's controversial nuclear program had ended on Friday with no signs of progress.

Officials said that no agreement had been reached after the four days of negotiations in Vienna, which were headed by the EU's High Representative for Foreign Affairs and Security Policy, Catherine Ashton, and Iran's Foreign Minister, Mohammad Javad Zarif.

The U.S, Great Britain, France, China, Russia as well as Germany discussed uranium enrichment, nuclear cooperation, sanctions and the use of heavy-water reactors with Iran.

"No progress has been made, but talks will continue," Iran's deputy foreign minister Abbas Araqchi told reporters.

The exact date of the fifth round of negotiations has yet to be decided.

In 2005, Iran announced plans to resume uranium conversion at Isfaha prompting EU states to threaten to end negotiations linked to trade and economic issues. Iran then agreed to wait for detailed proposals from Europeans until the end of July. In August, however, as Mahmoud Ahmadinejad became president, Iran rejected all European initiatives to resolve the crisis.

A deal was finally reached in Geneva on November 24, 2013, as Western countries agreed to provide Iran with limited sanctions relief in exchange for a curbing of Tehran's nuclear activities for a six-month.