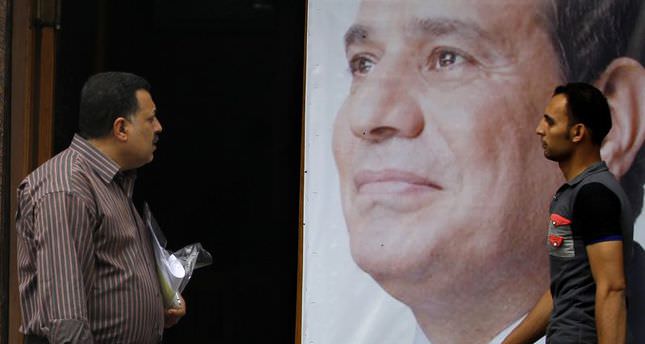 by AA May 20, 2014 12:00 am
CAIRO — Former Egyptian army chief Abdel-Fattah al-Sisi won 93 percent of the expatriate vote in Egypt's presidential elections, according to preliminary results.

His rival, Hamdeen Sabahi, only received 6 percent of the vote after securing only 7532 votes, the news agency said. Around 1 percent (1723 votes) were deemed invalid.

The five-day voting window for Egyptian expatriates wrapped up on Monday. The election will be conducted in Egypt on May 26-27.

It is the second time Egyptians cast ballots to elect a new president since the 2011 ouster of autocrat Hosni Mubarak following the January 25 popular uprising.

The previous election – in which Sabahi came third – propelled Morsi to power in the summer of 2012.

The winner of the polls will take over from interim president Adly Mansour, who was installed by the army last July following Morsi's forcible removal from office and subsequent imprisonment.