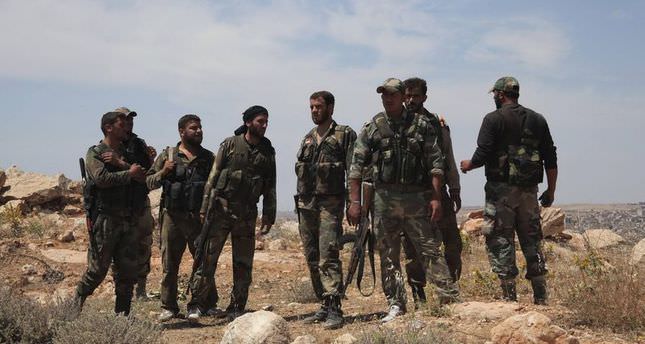 by May 22, 2014 12:00 am
BEIRUT — Syrian troops have broken a year-long rebel siege on Aleppo's main prison after heavy fighting with al Qaeda fighters and other brigades, the Syrian Observatory for Human Rights monitoring group said on Thursday.

It said forces loyal to President Bashar al-Assad entered the prison compound in military vehicles and gunfire was heard.

Syrian state media did not report on the fighting around the prison on Thursday, but earlier said Assad's forces had captured the town of Hailan next to the prison, about 5 miles northeast of Aleppo city.

Assad's forces and rebels have been fighting for two years in Aleppo, Syria's largest city before the start of the three-year civil war, and the countryside around it.

Rebels, including fighters from al Qaeda's Nusra Front, have tried repeatedly to storm the prison and free its inmates, bombing and breaching its outer walls but failing to take full control. The complex holds around 3,000 prisoners.

The recapture of the prison and its surroundings means that Assad's forces have control over the north-east approach to Aleppo, the Observatory's Rami Abdulrahman said.

The Britain-based, anti-Assad Observatory, which monitors the violence in Syria through a network of activists and medical and military sources, says more than 162,000 people have been killed in the conflict, which grew out of protests against Assad's rule.