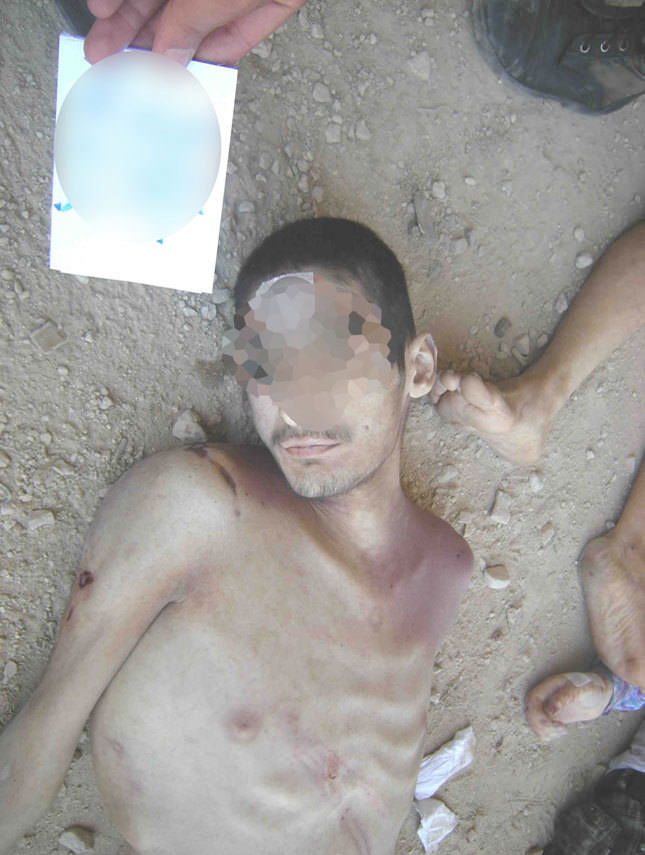 As China and Russia team up to veto a resolution referring the Syrian war to the ICC, new photos emerge of the systematic massacres the Assad regime commits on a daily basis

GENEVA — Russia and China have vetoed yesterday a UN Security Council resolution referring the Syrian crisis to the International Criminal Court for investigation of possible war crimes. This is the fourth time the countries have used their veto power as permanent council members to deflect action against the government of President Bashar Assad.

Dozens of countries signed on to support the French-drafted resolution in a dramatic move to demand a path to justice in the conflict, which has entered its fourth year.

The resolution would have referred Syria's crisis to the world's permanent war crimes tribunal without targeting either the government or the opposition.

Security Council is putting the humanitarian tragedy into more difficult position. Along with many countries, Turkey also criticized the council's inefficiency on this issue.

The United States and France have also criticized Russia for vetoing a resolution. "Sadly, because of the decision by the Russian Federation to back the Syrian regime no matter what it does, the Syrian people will not see justice today," said Samantha Power, US ambassador to the UN. "They will see crime, but not punishment."

Before the vote, Gerard Araud, French ambassador to the UN, whose country drafted the resolution, called on the council to adopt the draft, saying that it had the responsibility to provide justice to Syrians.

"A veto would cover up all crimes, it would be vetoing justice," Araud said.

The eight new photos show signs of brutal torture on the bodies of detainees including children and elderly individuals.

The photos portray numbered corpses, some of which have their eyes gouged out and severed body parts displayed side by side.
Last Update: May 22, 2014 11:14 pm
RELATED TOPICS