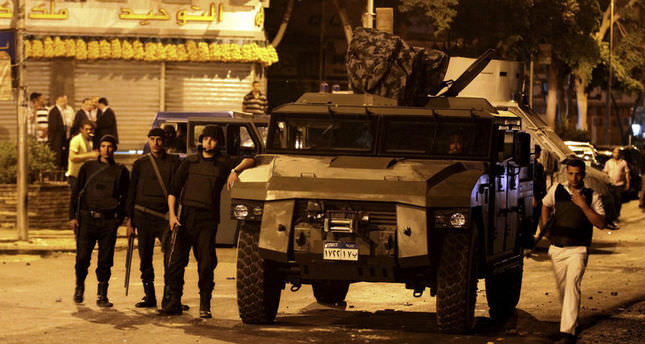 CAIRO — The Egyptian army said Thursday that it would deploy around 182,000 troops and officers to secure the country's upcoming presidential election, scheduled for May 26-27.

Army spokesman Ahmed Ali said army personnel would be deployed in coordination with the Interior Ministry, the presidential election commission and other relevant state agencies.
Speaking via Facebook, he added that the army had made the necessary preparations to provide a secure environment for some 54 million eligible voters.
Two candidates are competing in the election, namely former army chief Abdel-Fattah al-Sisi and leftist politician Hamdeen Sabahi.
The election is the second step in Egypt's transitional roadmap, which was imposed by the army – and approved by the country's political and religious forces –following last summer's ouster of president Mohamed Morsi by the army.
Ali said Egypt's roughly 54 million eligible voters would cast ballots at 25,343 polling stations across the country over the course of the two-day election.
He added that the army would use surveillance helicopters, aerial footage and live broadcast equipment to keep abreast of developments on the ground and counter potential violations.
Egypt's presidential election will be held amid serious security challenges. Recent months have seen an upswing in attacks on government facilities and police and army personnel.
The interim government blames the violence on the Muslim Brotherhood, the movement from which Morsi hails.
The Brotherhood, for its part, which has led opposition to Egypt's army-backed interim authorities since Morsi's ouster last July, insists it is committed to purely peaceful activism.
Last Update: May 23, 2014 12:27 pm
RELATED TOPICS