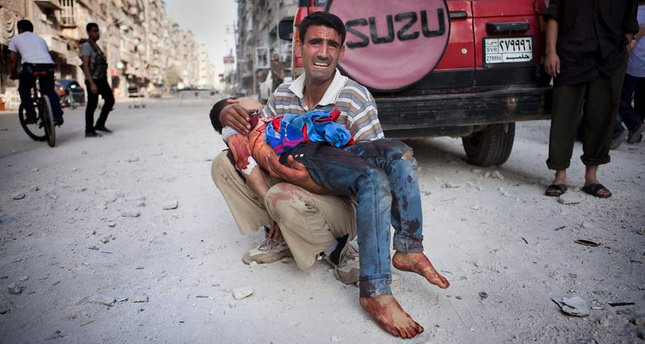 by AA May 23, 2014 12:00 am
DAMASCUS — At least 44 people, including seven children and eight women were killed in air and ground operations across Syria, mounted by President Bashar al-Assad's regime on Thursday, opposition activists say.

Government helicopters dropped barrel bombs on opposition-controlled areas and many residential places were damaged, according to the LCC's statement.

More than 100,000 people have been killed during the three-year conflict, which has also internally displaced more than 6.5 million people, according to the UN. Over two million are now registered as refugees in neighboring Turkey, Lebanon and Iraq.