Pentagon chief: Egypt's future is its own 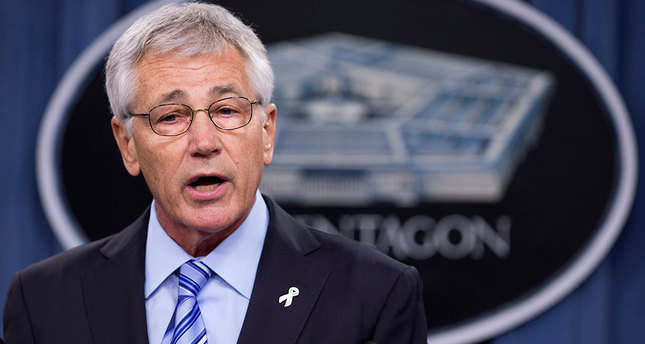 by AA May 24, 2014 12:00 am
WASHINGTON D.C. — Egypt's future is its own to decide, Chuck Hagel, the U.S. Secretary of Defense, has said while denying claims U.S. influence on the country is tantamount to control.

Egypt is currently scheduled to hold presidential elections next Monday and Tuesday in a poll that former head of Egypt's armed forces, Abdel Fattah el-Sisi, is widely expected to win.

"The United States can't dictate outcomes of what the people of Egypt want or decide or anywhere else," said Hagel, speaking to American news outlet PBS on Thursday. "We have influence but any influence with any nation has limitations to it."

Washington has wrangled with the Egyptian government in the past over rights abuses, particularly in the wake of the ouster of former president Mohamed Morsi.

The Obama administration announced in April that it would begin to release $650 million of its annual $1.5 billion in foreign assistance, and send 10 Apache helicopters to the Egyptian military.

The move followed its decision to suspend all aid to Egypt in October after violent confrontations between Egyptian authorities and protesters resulted in mass civilian casualties.