Still no concrete steps taken by the U.N. towards Syrian war crimes 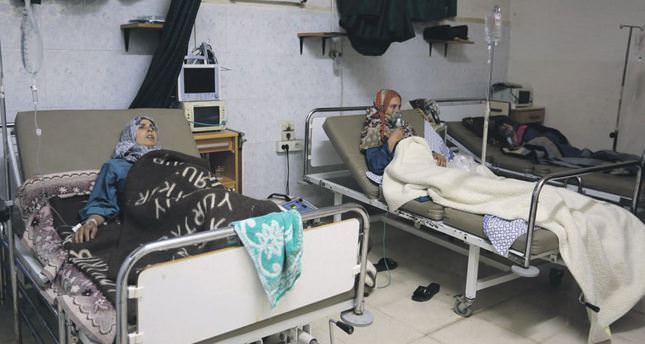 As both Russia and China have vetoed the U.N. Security Council resolution concerning the Syrian conflict for the fourth time, no international institution has been able to put an end to the photographic evidence of potential war crimes as the presidential election approaches

﻿SYRIA — The long standing division over the Syrian conflict on the Security Council has precluded the United Nations from taking action against the government of President Bashar al-Assad. The draft resolution regarding the Syrian conflict was submitted on Thursday to the U.N. Security Council. For the fourth time, the 13 countries, except Russia and China, gave their support to a French-drafted text calling for an International Criminal Court (ICC) investigation into alleged war crimes.

Russia has blocked the French draft resolution calling for a Syria ICC referral once again on the grounds of the possible deterioration of efforts to find peaceful political solutions instead of foreign military intervention. China has also stressed the importance of "respecting the sovereignty of the Syrian state and its judicial authority."

According to SANA, Syrian Arab News agency, Syria's permanent representative to the U.N., Dr. Bashar al-Jaafari said that the French draft resolution was "a politicized and discriminatory text that is aimed at distracting the presidential elections in Syria and fueling the crisis." He also blamed the governments of Turkey, Saudi Arabia, Qatar, France and Israel, defining their acts as provocation for violence and terrorism in Syria.

The main problem in the Syrian conflict is that the Syrian government is not among the signatories of the Rome Statute of the International Criminal Court. The Syrian government should have accepted the jurisdiction of the court through a declaration. Even if the draft resolution was ratified by all member states of the Security Council and referred the conflict in Syria to the ICC, this would not have solved the ongoing conflict and put an end to the war crimes.

In addition to Thursday's Security Council veto to refer Syria to the ICC, U.N. Secretary-General Ban Ki-moon called on the Security Council to ensure aid supplies to the Syrian people. In his report, he mentioned the blockage of humanitarian aid to the Syrian people by Assad's regime. Regarding unsuccessful Western resolutions related to the situation in Syria, it could be concluded that there has been no significant common measure taken against the Syrian government up until now. However, some temporary members of the Security Council -- Luxembourg, Australia and Jordan -- have reportedly been preparing a resolution with regard to the collapse of the U.N.-sponsored peace talks in Geneva in January and February.

However, there is not much hope left for the future actions of the U.N. considering the savage massacre in Syria. Turkish Parliament Human Rights Investigation Committee Chairman Ayhan Sefer Üstün accused the international community of not taking serious actions to halt Syrian war crimes "for their own interest," adding, "It is ridiculous to talk about elections in Syria based on the evidence of torture."
Syrian government forces have been accused of numerous war crimes and widespread violations of human rights and international humanitarian law. The latest photos released by Anadolu Agency obtained simultaneously with the Thursday U.N. Security Council vote proves potential war crimes that Syrian pro-regime armed groups and other non-governmental militia groups have committed since the anti-government protests started in March 2011. This was not the first time the Anadolu Agency has revealed a set of photographs demonstrating systematic torture and human right abuses committed by the Syrian regime. The agency reports it has released another set of photographs documenting war crimes committed by the Assad regime on Jan. 20.

The Syrian government is preparing to hold a presidential election on June 3 amid the systematic torture of Syrian opposition
members. It is widely believed that Assad would hold the elections to secure a third seven-year term in office no matter what it takes. On Thursday evening, an Islamist rebel brigade attacked Assad supporters gathered in the al-Matar district of Deraa for the electoral campaign. Thursday's attack proves that it is not safe to hold an election amid violent attacks in the regime.

According to reports, over 150,000 people are believed dead, as the rebellion enters its fourth year. International powers, so far, have not been able to come to any conclusion about how to resolve the conflict, further complicating the violent atmosphere that has killed thousands. This civil war has also led to many people leaving their country. United Nations reports show that the number of Syrian refugees residing both inside and outside the camps is expected to increase if the massacres continue.

So far, more than one million Syrians are living in neighboring countries, another 2 million Syrians will become refugees in 2014, and 2.25 million more will be displaced within the country unless necessary measures are taken by the international community.
Last Update: May 24, 2014 2:38 am
RELATED TOPICS