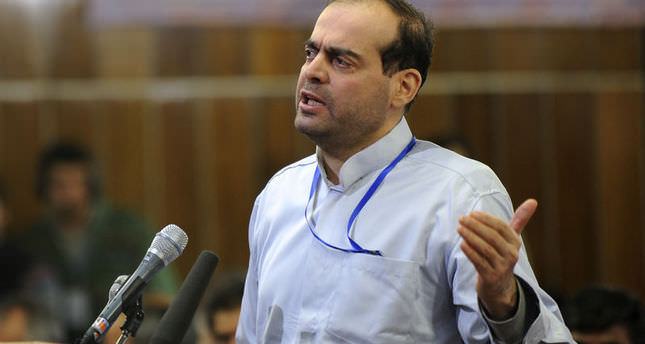 by May 26, 2014 12:00 am
DUBAI — Iran has hanged the first of four men sentenced to death for a massive financial scam that tainted the government of former President Mahmoud Ahmadinejad, local media reported on Sunday.

Mehafarid Amir-Khosravi, described as a self-made tycoon, was hanged in Tehran's Evin Prison on Saturday after the supreme court upheld the four death sentences, the reports said. There was no word on the fate of the other three.

Exposed in 2011, the 30 trillion-rial ($2.7 billion) scandal involved embezzlement, bribery, forgery and money-laundering in 14 state-owned and private banks between 2007 and 2010 by people close to the political elite.

Coming to light as normal Iranian were being hit by the impact of Western economic sanctions, the affair severely damaged the reputation of Ahmadinejad and his entourage towards the end of his eight-year presidency.

Ahmadinejad's supporters said he had nothing to do with the crime and blamed his political enemies for using it to ensure his allies had no chance in last year's presidential election.

In March, Ahmadinejad's former vice president, Mohammad-Reza Rahimi, was indicted in connection with the case.

Chief Prosecutor Gholam-Hossein Mohseni-Ejei said last week that, besides the four death penalties, 33 senior bureaucrats and bankers had been given long prison sentences, including two for life.

At the height of the scandal, the then head of Iran's biggest bank, state-owned Bank Melli, Mahmoud Reza Khavari, fled to Canada.