AP Sources: US may decide to train Syrian rebels 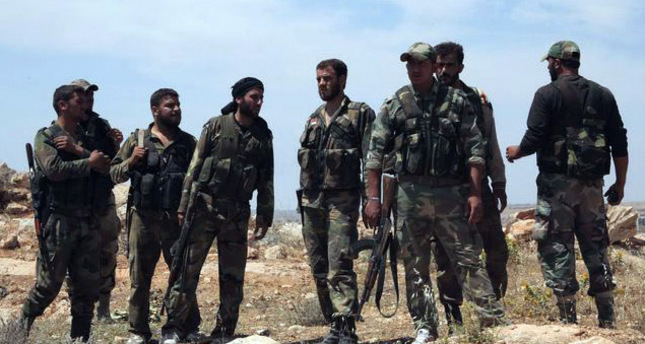 by Associated Press May 28, 2014 12:00 am
WASHINGTON — In an open move that would significantly boost U.S. support to Syrian rebels seeking military help in their quest to oust President Bashar Assad, the White House may soon sign off on a project to train and equip moderate forces.

President Barack Obama is weighing sending a limited number of American troops to Jordan to be part of a regional training mission that would instruct carefully vetted members of the Free Syrian Army on tactics, including counterterrorism operations, administration officials said. They said Obama has not yet given final approval for the initiative and said there is still internal discussion about its merits and potential risks.

The officials spoke on condition of anonymity because they were not authorized to discuss administration deliberations by name.

In a speech at the U.S. Military Academy on Wednesday, Obama was expected to frame the situation in Syria as a counterterrorism challenge and indicate he will expand assistance to the opposition, although he was not expected to announce the new program, the officials said.

However, the State Department, Pentagon and U.S. intelligence community, along with many in Congress who back the move, have concluded Assad will not budge without a change in the military situation on the ground, according to the officials. At the same time, there are growing fears about the threat posed by al-Qaida-linked and -inspired extremists fighting in Syria, the officials said.

The Senate Armed Services Committee last week passed a defense bill that authorizes the Defense Department to provide training and equipment to vetted elements of the Syrian opposition.

The U.S. already has covert support operations in place for the Syrian opposition, and it is not yet clear how the new program would work. The United States has spent $287 million so far in nonlethal aid on the civil war, now in its fourth year.

Small teams of U.S. special operations forces also have rotated in and out of the country conducting exercises with Jordanian and Iraqi commandos. The last session was in April and another is scheduled for June.