Egypt extends election by a day after low turnout 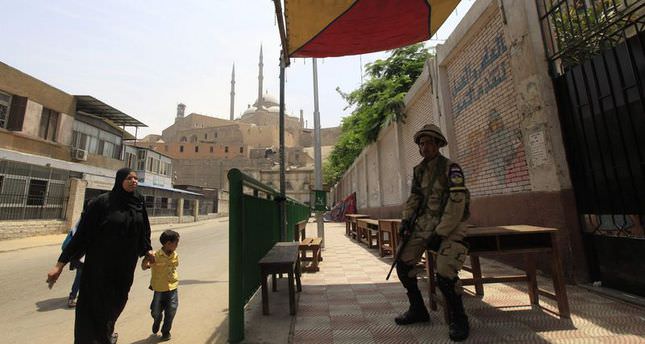 by AA May 28, 2014 12:00 am
CAIRO — Polls opened Wednesday for a third and last day of voting in Egypt's presidential elections, after the country's electoral commission extended the vote by one day.

The polling, which started on Monday, had originally been scheduled to end on Tuesday, but commission secretary-general Abdel-Aziz Salman said that the panel decided to extend the vote to Wednesday to "allow the largest number of voters, including those living outside their home provinces, to cast ballots."

Objections filed by the two presidential contenders, Abdel-Fattah al-Sisi and Hamdeen Sabahi, against the decision were rejected.

In a statement, Sabahi's campaign said the leftist politician would not pull out of the race although it decided to withdraw its representatives from the polling stations in protest of the move.

The campaign also held the electional commission "responsible for the saftery and integrity of the electoral process."

On Wednesday, polling stations opened at 9am (local time), but a poor turnout was reported across the nation.

The vote is the first since the military ouster of president Mohamed Morsi, the country's first freely elected president, last year.

The winner of the polls will take over from interim president Adly Mansour, who was installed by the army following Morsi's July 3 ouster and subsequent imprisonment.

In a bid to encourage voters to cast their ballots, the Egyptian government had declared Tuesday an official holiday, but the gesture did not seem to help increase the turnout.

The vote is the second step in an army-imposed roadmap for Egypt's post-Morsi transition.

The roadmap, which included a constitutional referendum in January, will conclude with parliamentary elections later this year.

Only al-Sisi, the former army chief who led Morsi's ouster last summer, and Sabahi are competing in the presidential race.

Five international organizations and 79 local ones have been authorized by the electoral commission to observe the voting process.

In addition to nongovernmental monitors, envoys from the Arab League; the European Union; the African Union; the Common Market for East and South Africa will follow up the vote.

Around 300,000 police and army personnel have been deployed to secure the process nationwide.