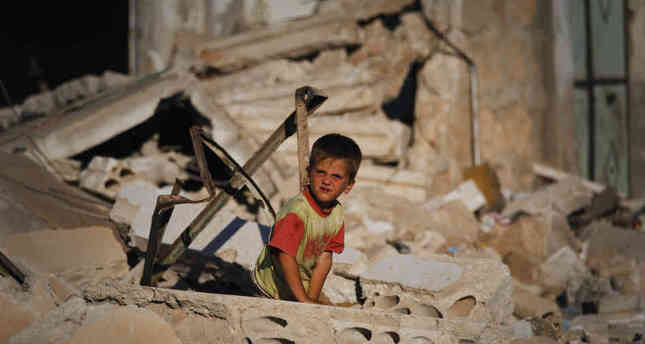 by Daily Sabah Jun 01, 2014 12:00 am
SYRIA — A new report released by the UN on Sunday, stated that Syria suffered a tremendous economic loss of $143.8 billion due to the continuing three year civil war taking place in the country.

According to the report, made by both the UN and the Syrian Center for Policy Research, educational facilities have been severely damaged, the health care system has been brought to the ground, three out of four Syrians are living in poverty, and more than half are living in extreme poverty.
Last Update: Jun 01, 2014 6:09 pm
RELATED TOPICS