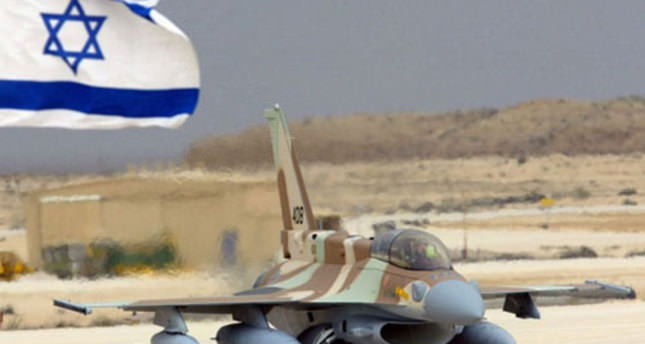 by AA Jun 02, 2014 12:00 am
JERUSALEM — The Israeli army on Monday launched attacks against several sites in the Gaza Strip and Syria, a short time after projectiles were fired on different locations inside Israel, an Israeli army spokesman said.

"Israeli warplanes struck two terrorist targets in central and southern Gaza this morning in reaction to the firing of rockets on southern Israel," Avichay Adraee, an Israeli army spokesman, wrote in Arabic on his twitter account. "We will not tolerate attacks by Gaza saboteurs anymore," he added.

An Anadolu Agency correspondent confirmed the Israeli strikes, saying they targeted two sites of Qassam Brigades, the military arm of the Palestinian resistance movement Hamas, which rules the Gaza Strip.

Adraee, meanwhile, said that the Israeli army had shelled locations inside Syria in retaliation for the firing of rockets on Mount Hermon in northern Israel.

There has been no comment from Syrian authorities on the Israeli spokesman's claim yet.