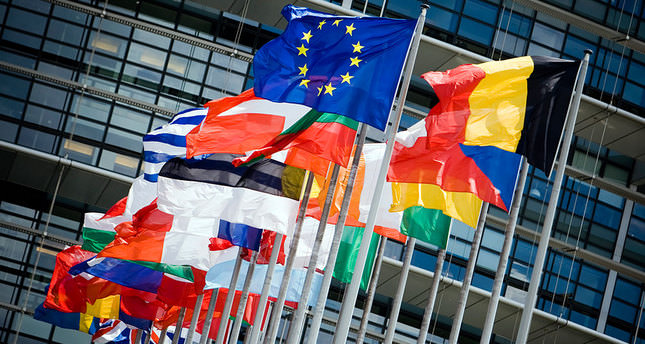 by AA
Jun 04, 2014 12:00 am
RAMALLAH — European Union (E.U.) representative in the Palestinian territories John Rater has reiterated the E.U.'s support for a new Palestinian unity government that was unveiled on Monday.

In a statement, al-Hamdallah said the new unity government would abide by all agreements signed previously between the Palestine Liberation Organization (PLO) and Israel.

He said the new government was committed to Palestinian Authority President Mahmoud Abbas' political program and peaceful options for establishing a Palestinian state on pre-1967 land with East Jerusalem as its capital.

The new unity government was drawn up in line with a Palestinian reconciliation deal signed in April between Abbas' Fatah movement and Gaza-based faction Hamas.